Growing up in the Mon Valley in western Pennsylvania – a longtime industrial center outside Pittsburgh – Austin Davis saw the struggles of working families firsthand. He watched his mom – a hairdresser in McKeesport for more than 40 years – juggle raising a family with putting food on the table, and he watched his dad work hard every day as an 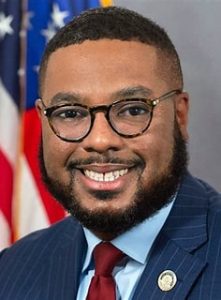 Austin knew from an early age he wanted to dedicate his life and career to public service. Throughout his career, he has fought for economic equality, worked to lift people out of poverty and secure fair funding for education, and has been committed to bettering the lives of people in western Pennsylvania.

In high school, when he felt young people needed a voice in city government, Austin founded and served as chairman of the Mayor’s Youth Advisory Council under McKeesport Mayor Jim Brewster. Working with city leaders, Austin helped combat rising youth violence and provided the young people of McKeesport with more opportunities to get involved in civic life.

Austin is a first generation college graduate in his family, and after studying political science at the University of Pittsburgh, he began pursuing a career in public service. By the age of 21, the Tribune-Review called him “a veteran at the politics of helping others.”

Beginning in 2012, Austin joined Allegheny County Executive Rich Fitzgerald’s team, spearheading the office’s vision and transition teams in the early days of the administration and serving as Fitzgerald’s representative on the Jail Oversight Board; the Kane Foundation; the Minority, Women, and Disadvantaged Business Enterprise Advisory Board; and the Shuman Detention Center Advisory Board.

Then in 2018, Austin successfully ran for the state House of Representatives to represent the Mon Valley and his hometown of McKeesport.

Rep. Austin Davis took the oath of office to serve the people of the Mon Valley on February 5, 2018. When he was sworn in, Austin became the first African American to serve as state representative for the 35th Legislative District in Allegheny County, and he became one of only four African American lawmakers to represent a majority-white district.

Austin remains committed to the Mon Valley and McKeesport, serving as a board member of the Port Authority of Allegheny County, YMCA of Greater Pittsburgh, Communities in Schools of Pittsburgh, and Auberle.

Senator Sharif Street, elected to the Pennsylvania Senate in 2016, represents the Third Senatorial District of Philadelphia. 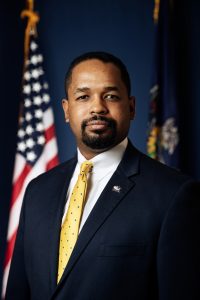 Before being elected Senator, he worked as a staffer for the Pennsylvania Senate, serving as the Chief Legislative Advisor to the Democratic Chair of the Housing and Urban Development Committee and had the primary responsibility for overseeing legislative, housing, environmental and economic development initiatives.

Sen. Street currently serves as the Democratic Chair of the Senate Banking and Insurance Committee and the Senate State Government Committee.

In 2022, he made history when he was elected the first Black chairperson of the Pennsylvania Democratic Party during Juneteenth weekend.

Sen. Street is a father of five children and lives in North Philadelphia with his wife, April. 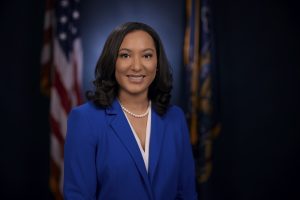