Lawrence Tabas was elected Chairman of the Republican Party of Pennsylvania on July 13, 2019.

As longtime general counsel to the party, Tabas has argued cases for 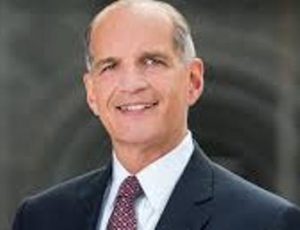 Republican candidates at the local, state and federal level.

With more than four decades representing his party and its candidates, Tabas became party chairman at a time the party faced fundraising challenges and attacks from opposition party institutions and activists.

Tabas is a graduate of the University of Pennsylvania and earned his law degree at Georgetown University. He lives with his wife, Libby, in Philadelphia.