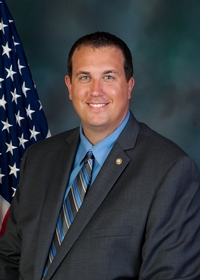 Born and raised in Glenside, PA, to Bob and Mary Dean, Madeleine 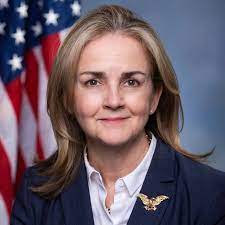 Dean got her start in politics around the dinner table with her five older brothers and one older sister. She graduated from Abington High School, and at age 18 won election to serve as a local committee-person.

Rep. Dean completed her undergraduate studies at La Salle University in Philadelphia, and earned her law degree at Delaware Law School of Widener University. She returned home, practicing law in a small Philadelphia firm and with the Philadelphia Trial Lawyers Association and eventually serving as executive director. She then opened a small, three-woman law practice in Glenside.

From 2001 until 2011 she was a member of the English Department at LaSalle University, teaching composition, persuasive writing and rhetoric, business writing, legal writing, and ethics. She also contributed to The Philadelphia Inquirer, The Daily News, The Patriot-News, and other publications.

In 2011, she ran for and served as Abington Township commissioner, before winning a special election to the Pennsylvania State House in 2012.

In 2015, Governor Tom Wolf appointed her to the Pennsylvania Commission for Women, advising the Governor on policies and legislation to improve the lives of women and their families.

She decided to run for congress in 2018, when Pennsylvania had 18 Congressional seats — and 0 women. She ran for the Fourth Congressional District seat and won.

Rep. Dean is a lifelong parishioner of St. Luke the Evangelist Church in Glenside, and has served as a board member for the St. Vincent de Paul Society. She and her husband PJ Cunnane have three grown sons – Patrick, Harry and Alex; two daughters-in-law – Stephanie and Juliet; and two granddaughters and one grandson – Aubrey, Ella, and Sawyer. 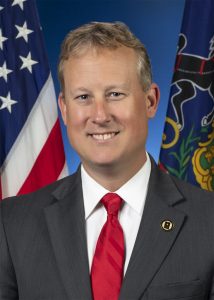 degree in Education from The Citadel in Charleston, South Carolina. He served as a U.S. Army captain in Operation Iraqi Freedom, briefly commanding an infantry company of 150 soldiers after the company commander was wounded in combat. Throughout his military service, he earned the Bronze Star Medal, the Army Commendation Medal, the Army Achievement Medal, and the Army Parachutist Badge.

Sen. Aument spent three years as a production supervisor at ICI Paints in Reading, while also winning a seat on the Quarryville Borough Council. He later managed the state House campaign of a high school friend, Bryan Cutler. After Cutler won office, he hired Aument as a key aide.

Along with representing the constituents of the 36th State Senatorial District, Aument also formed and chairs the first ever Nuclear Energy Caucus in a state legislature in the nation and serves as Majority Caucus Secretary for the Senate Republican Caucus.

During his tenure, Aument helped to establish the Office of State Inspecror General, an office tasked with preventing, detecting, and eradicating fraud in Pennsylvania government. Aument also introduced legislation, signed into law by Gov. Wolf, promoting stronger restrictions and penalties for the misue of SNAP benefits, protecting dollars meant to feed hungry Pennsylvanians.

Aument lives in West Hempfield, Lancaster County, with his wife, Kate, a teacher at Mt. Calvary Christian School, and their two children, Jack and June.

David Thornburgh is a nationally recognized “civic entrepreneur” who, in the 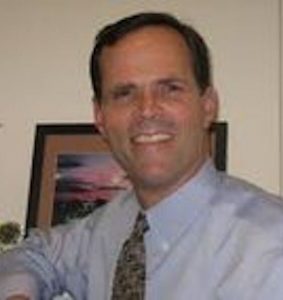 course of his career, has launched a series of innovative high impact initiatives to tackle tough community problems.

He was named President and CEO of the Committee of Seventy, the Philadelphia-based good government group, in November, 2014.

Thornburgh came to Seventy from the University of Pennsylvania’s Fels Institute of Government, where he had served as Executive Director since 2008. While at Fels he doubled applications to the program, launched an innovative hybrid Executive MPA program and, during Fels’ 75th Anniversary campaign in 2012 quadrupled alumni giving and carried out 12 public programs that attracted over 1,200 alumni and political and community leaders. He also created a national Public Policy Challenge student competition in partnership with Governing magazine that drew teams from 12 top universities.