Brandon Flood
Board of Pardons Secretary

Prior to his appointment as Secretary of the Pennsylvania Board of Pardons, Brandon Flood spent nearly a decade working for the Pennsylvania House of Representatives, where he served in a multitude of professional capacities, which include positions with the House Democratic Caucus’ Legislative Policy & Research Office and Pennsylvania Legislative Black Caucus. 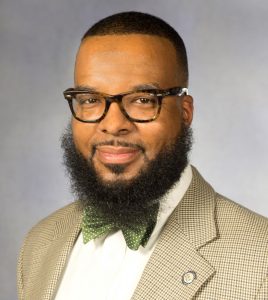 Following his tenure with the House, Brandon went on to serve as Legislative Director for the Service Employees International Union State Council.

In addition, from 2015 through February of 2019, Brandon served as Chairman of the Pennsylvania NAACP’s Political Action Committee and in 2016 was appointed by the National NAACP to serve as its Civic Engagement Coordinator for Pennsylvania, where he played a contributory role in registering over 1 million new voters across the commonwealth.