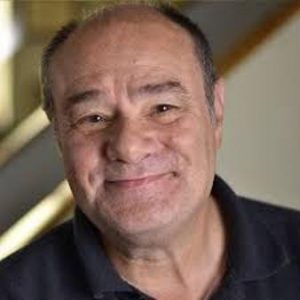 Mark Segal founded Philadelphia Gay News as a monthly in 1976 and has been publisher of the now-weekly newspaper ever since. Today, PGN is one of the two oldest LGBT weekly publications in the United States, and the largest on the East Coast, with a weekly circulation of about 50,000.

Before starting PGN he was a gay activist. In 1972, after being thrown out of a dance competition for dancing with his male partner, Segal crashed the evening news broadcast of WPVI-TV, in what became known as a “zap.” By 1973, Segal, along with Harry Langhorne, calling themselves Gay Raiders, had zapped “The Tonight Show,” “Today,” “The Mike Douglas Show” and then the “CBS Evening News with Walter Cronkite.” Starting at Segal’s 1974 trial for zapping Cronkite, the CBS anchor asked Segal for details on the gay community’s media complaints. The “CBS Evening News” substantially increased its coverage of gay news and Cronkite became a supporter of gay rights.

In 1975, Segal went on a hunger strike and a “sit-in” at the Philadelphia City Council to call attention to the need for a gay-rights ordinance. In 1976, the PGN used Pennsylvania Department of Justice memos to show that state police were entrapping gay men seeking sex. In the late 1970s, PGN was publicizing how legislators voted on laws that concerned the gay community. By 1981, PGN published a series about drug and alcohol abuse within the gay community, and was mainstream enough to boast about its straight readership. In 1993, Philadelphia Magazine’s “Best of Philadelphia” award for “Clout” was given to Segal. Starting in 2004, Segal has been elected and re-elected as president of the National Gay Newspaper Guild. After numerous awards and accomplishments over more than 40 years, Segal is most proud, however, to still be called a “gay activist.”